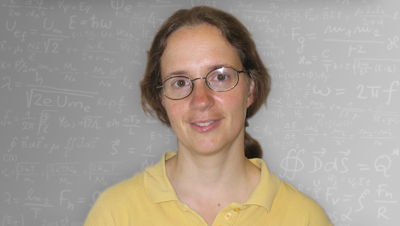 Professor Zieve's lab uses an unusual technique, uniaxial pressure, to tune samples across phase transitions. Resistivity, magnetic susceptibility, and heat capacity are measured under pressure, at temperatures from 60 milliKelvin to 200 Kelvin. Many of the unconventional superconductors have a layered crystal structure, with stronger interactions within the layers than between them, and their electronic properties hint at reduced dimensionality. Uniaxial pressure is a particularly good way to investigate the role of dimensionality: pressure in one direction drives the layers together to create a more three-dimensional system, while pressure in a perpendicular direction pushes them apart to enhance the low-dimensional nature.

Other ongoing experiments monitor the motion of a single quantized vortex in superfluid helium and study the effects of grain shape on the stability of a granular heap.